one race to decide it all 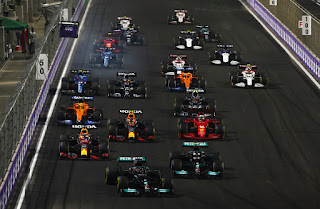 so it has come to this. after a long season, lewis hamilton and max verstappen are all tied up going into the last race of the season. a lot has been said about what max will do to lewis to win the chip. i honestly don't think max will resort to that unspeakable tactic. as a hamilton fan, i wish he wins. but as a formula 1 fan, i'm hoping for a clean but very competitive race in abu dhabi.
Read more

anybody who matter really ripping on lebron? 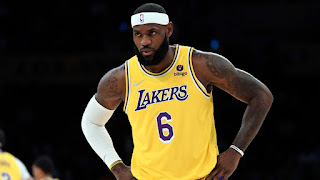 It’s amazing how LeBron at almost 37 is still being ripped for struggling, when he has an AD in his prime and not living up to expectations. Magic, Bird, Duncan, Hakeem, and Jordan were no longer relevant at 37. That lets you know how great LBJ is. “Keep it moving” — Eddie A Johnson (@Jumpshot8) December 10, 2021 it's amazing how eddie johnson can find people who knows what they are talking about actually rip on lebron. i mean, most of the blame on the lakers' lack of early season success has been piled on westbrook early on and has shifted to tony davis recently.  lebron is a physical specimen and although i'm not his biggest fan, i understand how great he is as a player and i can honestly say that he has not gotten any sort of blame for the lakers' season so far. so i'm not sure where eddie is coming from here. also, timmy won a chip as a major contributor at 36...against a stacked lebron team at that.
Read more

rudy gobert registers biggest assist of the season yet 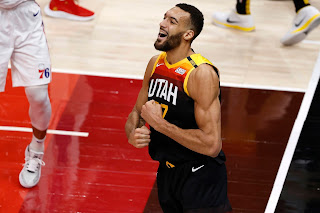 utah jazz' big man rudy gobert has been clowned and praised in about equal amount over the past 18 months but his latest move is sure to illicit praise only (at least it should). the stifle tower recently opened up a food pantry/family center at the northwest middle school. here's why: 86% of students going there are living below the poverty line. it's hard to study on an empty stomach and shoutout to rudy gobert for using his platform to extend a helping hand.
Read more 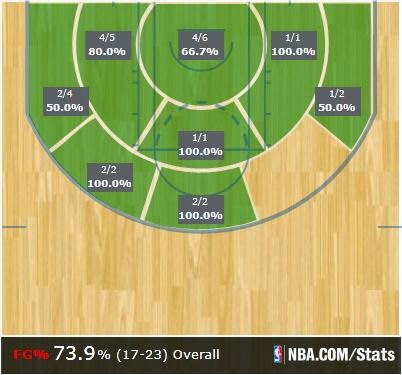 the new orleans pelicans are fighting for the 8th seed in the western conference while the milwaukee bucks are fighting for the 5th seed in the east.  it was good game for both teams.  giannis antetokounmpo and michael carter-williams had good games for the bucks as well as khris middleton. on the other side, it was all anthony davis for the pelicans after tyreke evans went down with an ankle injury with about a minute left in the third quarter. the pelicans are already missing the services of starting pg jrue holiday and sharp-shooting sixth man ryan anderson. the showdown between antetokounmpo and davis was a fun one to watch.  unfortunately for the bucks carter-williams' hero ball mode late in the fourth doomed them.  that and the fact that davis cannot miss.  just look at this shot chart from the brow: davis ended the night with 43 points tying his career-high he set this season on 23 shots also.  he also grabbed 10 rebounds and dished out 6 helpers, the most number
Read more

- March 09, 2015
so after the warriors defeated the clippers yesterday, draymond green was being interviewed post game and dahntay jones of the clippers appeared to have bumped into the warriors forward.  honestly, it didn't look much.  it was even kinda funny to see green's reaction looking for the person who bumped into him. but then, draymond was interviewed in the locker room about the bump and he came out swinging, with words.  green said that he didn't react because there's nothing to gain by confronting jones.  he said his team would miss him if he gets suspended while the clips would not even notice if jones gets suspended.  wow. then the nba joined the fray.  it was announced recently that dahntay jones will be fined $10,000 for the bump.  i think that that's kinda harsh for a bump.  but then again, the nba must have felt that they need to do something about it since the video of the bump has gone viral. the latest development though came from clippers coach
Read more

love him or hate him, it's undeniable that lance stephenson has got game.  just look at his handiwork right here.  sure, anthony tolliver is no tony allen but he's pretty athletic as well and lance just took him to the dance!  the shimmy is just icing on the cake.  and oh, the hornets won to stay in 7th place in the eastern conference.
Read more

steve kerr: what are you doing steph?

- March 09, 2015
steph curry is that good! there's only guy i can think of who can do that aside from steph and he's in that video too. chris paul. of course, he's not as automatic as steph is when it comes to just flinging threes out of nowhere but the handles are pretty much right there. look at steve kerr and imagine what's going through his head when steph as side-stephing defenders and throwing one up and hitting it. if i'm in his position, i'd probably scratching my head and then doing it again. first one out of frustration and the second one for not believing in steph curry.
Read more
More posts